With a population of close to 30,000, East Haven, Connecticut, is a large town that is part of the Greater New Haven area. The township is 35 miles from Hartford, 82 miles from New York City, and 99 miles from Providence, making it possible to commute to larger centers for work.

East Haven's proximity to New Haven and Yale University also provides plenty of employment opportunities for professionals in the region. Other neighboring communities include Branford, North Branford, and North Haven.

Buying a home in East Haven, Connecticut, puts you in a suburban community that sits on Long Island Sound and features a lake, parks, and plenty of activities while still being close to the action of the city. It's truly the best of both worlds, and worth considering for those who want a little bit of everything in their lives.

The neighborhoods of East Haven

Foxon is the northernmost part of East Haven and is its largest residential neighborhood. The community is full of large subdivisions, and also features restaurants, schools, shopping venues, parks, churches, and everything else needed in everyday life.

The south end of East Haven is called Momauguin, a bustling area with restaurants, schools, Farm River State Park, and East Haven Town Beach. This section gets busy in the summer because of its proximity to the ocean and the region's marinas.

North End is a small residential community just outside of the downtown core. It's mostly houses here, but there is a brewery and a couple of restaurants, as well. The lots in this neighborhood tend to be private because of the trees.

High Ridge is mostly residential, although you'll also find a couple of shops, a large park, and a school in the neighborhood. This community is on the northeast side of town and backs onto the Lake Saltonstall Recreation Area. As a result, there is plenty of tree cover throughout the area.

The Center is the downtown area in East Haven. This neighborhood is the town's central commercial hub, with plenty of dining and shopping options just off the Governor John Davis Lodge Turnpike and on Main Street. There is also a large residential area in The Center, along with schools, museums, and access to the Tweed New Haven Airport.

The area that is now East Haven was settled initially in 1638 when a group of Puritans left the Massachusetts Bay Colony in hopes of setting up a new community. At that time, the region was inhabited by the Quinnipiac tribe, who sold some of their lands in exchange for protection from the Pequot tribe.

The region was renamed Newhaven in 1640, becoming the headquarters of the New Haven Colony, which would merge with the Connecticut Colony in 1664. At this time, East Haven was called Iron Works Village.

In 1707, Iron Works Village was granted its petition for township and changed its name to East Haven. However, some issues splitting the land with New Haven caused a delay in the town separating.

Finally, in 1785, East Haven became a town, a status that remains to this day.

Buying real estate in East Haven, CT, means living close to history. The town is home to three sites on the National Register of Historic Places:

East Haven Green is particularly interesting because a Civil War cannon makes its permanent home there.

When spending time outdoors, you'll have the Lake Saltonstall Recreation Area, which is excellent for boating and fishing, Peters Rock Park, a popular hiking area, and East Haven Town Beach, which is right on Long Island Sound. There's another beach at Lighthouse Point Park and a marina in Farm River State Park.

Finding a home to buy in East Haven

East Haven is an excellent place to live because it provides a small-town way of life but is close to numerous large cities. Very few sites in Coastal Connecticut provide an oceanfront lifestyle while being less than two hours from New York City, but that's precisely what East Haven provides.

Page Taft knows East Haven inside and out, and will help you find the ideal home in the perfect neighborhood. If you're looking to buy a home in East Haven, Connecticut, give us a call today.

Homes For Sale In East Haven 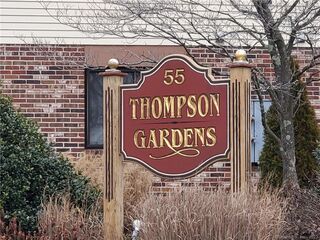