Between the towns of Madison and Westbrook sits Clinton, CT, an oceanfront area with beaches, forests, golf, and unparalleled access to Long Island Sound. The people who live in Clinton love it for many reasons, including the fact that it's only 38 miles from Hartford, 100 miles from New York City, and 130 miles from Boston.

Living in Clinton, Connecticut means being close to those major centers, yet far enough away that you're rarely bothered by big city problems and the stress they cause.

Clinton has a population of just over 13,000, although it sees this number increase to about 20,000 in the summer. It makes sense that people flock to the town when the mercury rises, as beaches, boating, and fishing are the name of the game here. History is also on full display and buying a home in Clinton, Connecticut puts you close to the past every single day.

The neighborhoods of Clinton, Connecticut

The main part of town is called Clinton Center, and it is home to the Clinton History District and the Liberty Green Historic District. This section of Clinton features historic buildings like the First Church of Christ, Town Hall, and The Academy. Clinton Center is also where you'll find restaurants, shopping, and at least seven marinas on Clinton Harbor.

The southeast part of Clinton is called Harbor View because it overlooks the water. This area is mostly residential and has numerous beachfront properties along Shore Road and near Kelsey Point. This area is also home to the Hammock River Marsh Wildlife Area.

In the northwest of Clinton, you'll find Cow Hill. This area is full of private residences with lots of tree cover, and also has two major attractions: Chamard Vineyards and Clinton Crossing Premium Outlets.

Northeast Clinton is known as Kelseytown. Much like Cow Hill, this section is mostly residential, with a few farms and large estate, as well.

Cedar Island is a peninsula that acts as a natural barrier between Clinton and Long Island Sound. It's also a unique community with no electricity, road access, or phone service. Most residents of Cedar Island only live there during the summer because getting to the mainland is too difficult in winter conditions.

The history of Clinton, CT

Clinton dates back to 1663 when the entire region between Guilford and Saybrook was called Hammonasset. In 1667, officials renamed the area Kenilworth and switched the name to Killingworth in the middle of the 1700s. The southern portion of Killingworth separated in 1838, calling itself Clinton.

One of Clinton's claims to fame is that it was the original home of what is now Yale University. In 1701, the Connecticut Colony's General Court approved the founding of the Collegiate School. The first classes were held at the Killingworth Congregational Church, which was located in present-day Clinton. The university moved to New Haven in 1716 and was named Yale College in 1718, but its origins can always be traced back to Clinton.

Beaches, parks, and things to do

It's easy to keep busy in Clinton because you're always close to the beach. Clinton Town Beach is the main attraction thanks to its excellent position on Clinton Harbor. There's a huge parking lot here, in addition to a boat launch, picnic pavilion, and playground, providing plenty of reasons to spend a day there. At low tide, you can also walk a fair distance into the harbor.

If you're in the mood for dining or shopping, you can head to Main Street. The area between the Indian River and Pearl Street is lined with restaurants and shops and features a ton of quintessential New England architecture. This neighborhood is charming, relaxing, and everything you could hope to find in a small American town.

Choosing to live in Clinton, Connecticut

Clinton is truly the center of the Connecticut Shoreline thanks to its access to surrounding communities along Interstate 95 and its proximity to large centers to the southwest and northeast.

Those who want to buy a home in Clinton, CT are encouraged to contact Page Taft, as we know this area inside and out.

Clinton, Connecticut is an excellent choice for homebuyers who are looking for a summertime residence or a full-time location to raise a family because it's such a diverse town. Have a Page Taft representative show you around, and you're sure to fall in love with this East Coast gem.

Homes For Sale In Clinton 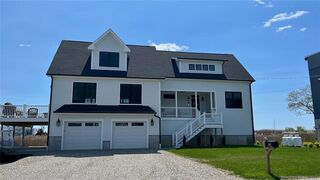